The Absence of Leadership 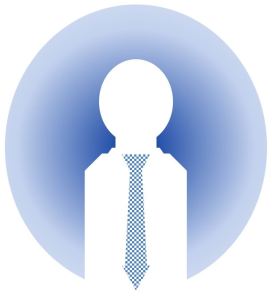 There is no guarantee that leadership will make a company successful,  but I can almost guarantee a company will fail without it.

I had a surprising conversation with an HR director in a European branch office of a US company about leadership and its role in the company.

This person was a very experience executive, I’d estimate 10-15 years of work experience and responsible for HR policy and recruiting.  After the usual background exchange I asked about the biggest leadership challenges the company faced.  Were there issues of recruitment or development or mentoring?

The HR director looked at me and said that there were no problems, we don’t use leadership in this company.

I was pretty stunned.  Without both of us accepting the basic premise that all companies needed leadership, I could not think of any way to continue that conversation, so I moved on to another group.

I, of course, completely disagree with that statement, but sometimes the opinion not only persists, but is defended on both organizational and personal levels.

Situations when individual leadership is not exercised typically happen when the leader is disengaged or too passive:

So what does science suggest?
My definition of leadership is fundamental to psychology and some tenets of social evolutionary development.

Many leadership definitions address the “why” (to motivate others to a common goal), the functions of leadership, or leadership traits.  My definition addresses the “who”.  The “who” is a combination of evolved psychological factors, in both the leader and the follower, and the evolutionary strategy of humans to survive as a group.

Biomass.  Evolutionary theories suggest that one key strategy to survival is the accumulation of biomass.  The biomass can be accumulated by developing into larger and more complex organisms (growth) or through more complex ecosystems (development).[1]

Of all the animals in existence, we humans are the least suitable to survive in the wild.  We are unsuited to extreme weather, we are basically unarmed in terms of tooth and claw, and we are not the fastest or the strongest.  Regardless, we are the planet’s apex predator.  We survive because we accumulate biomass that is connected through close socialization.  With socialization comes communication.

Obedience.  To avoid any confusion, obedience in this context is not a moral or cultural obligation to follow all orders from a person in authority.  It refers to the social context related to group conformity and a deference to authority through social trust and confidence.

In their early lives our ancestors probably surrendered authority to their parents in the same way we listened to our parents: for protection and to understand danger.  As we communicate to plan, there comes that point when someone had to make a decision or give direction or say “ugh” (which means “go” in pre-modern man).  Prehistoric man probably followed similar processes.  Roles were defined and roles accepted: I lead and you follow.

Through communication and cooperation, our biomass became a tool, a tool we could use to herd larger animals into traps and keep other, more capable predators at bay.

Leadership cannot be imposed on unwilling followers.  The obvious extreme of forced coercion is not leadership, but abuse of power.

Being in a leadership role can be daunting, especially if it is your first experience.  If a leader is passive or detached, the leadership can be unintentionally passed on to whoever accepts the role and that person may not share the goals of the formal leader.

The absence of leadership will create a condition of uncertainty and in that condition no one will want to risk making a bad decision on limited information.  Subordinates will seek information in order to reduce uncertainty.

So, science says that we are highly socialize animals that have used our social skills as a survival strategy. And we have been very successful.  As part of our socialization and in the interest of cooperation some of us, sometimes, assume the subordinate role and others filled the vacuum by assuming an authority role.

You cannot ignore the need for leadership.  Leadership has been a natural evolutionary result groups formed for our survival and the groups needed a central figure for coordination.  Leadership is a response to fill a natural need for people to seek guidance and to reduce the feeling of uncertainty.  The keys to fulfilling that desire are natural social skills everyone has: communication and empathy.

KW Wrede
K.W. Wrede is a speaker, business consultant, and leadership coach. After 8 years spent leading the security team at a US embassy in Europe, he's now helping clients cultivate skills every leader must have. When not on the job, he lives in St. Petersburg FL.

The Authority to Say “No”

Leaders and managers, the important difference

Available on Amazon.com
There are a lot of potential pitfalls when stepping into a leadership role. Here are the 6 most devastating to look out for, and what to do about them.

With international leadership experience in high-stakes environments, Ken is an expert in fostering effective teams.